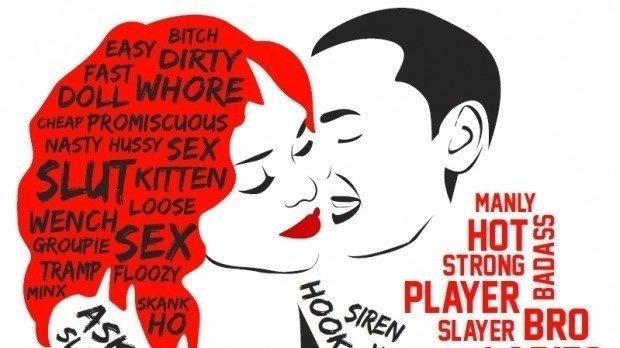 Feminist Icon Amber Rose popped off on Instagram last month, calling out the double-standard that she faces from brands who seem to endorse and take influence from her “slutwalk” movement, whilst refusing to acknowledge or book her due to her past life as a stripper. Amber also called out her ex Kanye West and rapper Lil Peep for their recent song “I love it”. Quoting the lyrics, Amber said on Instagram “Two men made a song that said ‘you’re such a fucking hoe I love it’ but if I refer to myself as a hoe, take back any derogatory label and turn it into a positive or be confident in my sexuality in anyway mufuckas need 30 showers“. The “30 showers” comment is a direct reference from when Ye’, whilst trying – and failing – to big his current wife Kim Kardashian up in an interview, shared that “It’s very hard for a woman to want to be with someone that’s with Amber Rose… I had to take 30 showers before I got with Kim”. As if 30 showers could solve all of Kanye’s problems. Ambers insta “rant” (is it really a rant if you’re pointing out the obvious?) isn’t just reflective of her own personal experiences, but of the double standard women face in the media and society everyday. As Ye’ and Lil Peep’s song about getting their junk’ seen too hit the Top 3 of the UK charts, this contradictory standard which exists between men and women as sexual beings, or more importantly as the owner of their sexuality, had me thinking back to my uni’ dissertation where I explored a similar topic of gender inequality and if it is ever possible for women to objectify themselves, and take back control of their sexuality.

“I love it” isn’t ground breaking in its lyrics (soz Kanye). Rappers have been singing about fuckin’ “ho’s” since before Lil bo Peep was born. But why do we, as women, lap up this plain disrespect? Females being referred to as sluts and whores by men in the music industry has become such blasé practice that by-day we post Instagram quotes about being strong-willed independent women and, as the clock strikes 9pm we’re twerking to lyrics about giving Flo-Rida’s whistle a seeing to and 60 year-old Snoop dogg wanting to fuck us. Every other rap or hip-hop song mentions bonking and bitches’, but it’s the outfits and dance moves of female rappers’ that are being called out for indecency and being ‘trashy’. When women, such as Nicki Minaj and Cardi B sing so brazenly about enjoying sex just like their Male counterparts, they’re labelled as “slutty” and bad role models for young girls. Yet no one is out here throwing down derogatory sexual terms about male entertainers, we all just accept it as the norm. That and their five baby mamma’s. So Why do women get slut-shamed?

This hypocrisy amongst genders and sexuality isn’t limited to the music industry. The term “slag” is one of which I became a victim of very early on in my life. I distinctly remember being 11-years old and in Secondary school, yet to have my first kiss, but being harassed on msn and followed around the corridors by older girls calling me a slag. This word continued to follow me around my whole school life. It was commented below pictures of me on Bebo and I was harassed at school. You’re a slag because my boyfriend of two days nudged you on msn. Alright Hun. Why aren’t you calling your boyfriend a slag too? My sex life, or lack of it, became such an interest of topic to total strangers at such an early age that these phrases of “slag, slut and whore” lost all value to me by the time I was 16. This is probably one of the reasons why people’s judgement of me as a topless model meant so little to me. I know that they hold no value to me as a person. We’re all aware of the typical view, where men are praised for their bedpost accomplishments whilst promiscuous women are frowned upon. If my friends patted me on the back and gave me a hi-five in the pub for being a top shagger, every man within a 50mile radius would instantly strike me down as “not wifey material”. But why does a women’s sex life affect how she’s judged as a person, more than a guys does? And I don’t want to hear the ‘loose’ excuse boys. A vagina does not lose shape any more after 100 penises, than it would after the same penis, 100 times. *EYEROLL TO THE LACK OF BASIC HUMAN BIOLOGY*

Throw in the double-standard of Lads Mags being banned for their sexual nature whilst Women’s Lifestyle mags include a “Torso Of The Week” feature and I think you get where I’m going with this. For centuries women have been viewed as nothing more than sexual objects, existing thru the male gaze for a man’s pleasure with the aim to reproduce. But somewhere along the line some bad-ass women decided that hey, women are sexy and we enjoy sex too. So what if we are all sluts? Is that really such a bad thing? It doesn’t seem to be for guys. Tina Fey aka Ms Norbury once stated “…you all have got to stop calling each other sluts and whores. It just makes it ok for guys to call you sluts and whores.“ And she’s right, sorta. Except we as women have no responsibility for how men behave. It’s not our fault that guys call us these names. But what we do need to do is say au revoir to the shaming segment of “slut-shaming”. We need to banish the negative value we give to such phrases when we put those labels on each other and instead claim them as our own as proud sexual beings so that men, and women, can’t use them to hurt and de-value us. Amber Rose’s slut-walk movement holds a lot more power than she is being given credit for. It’s representing women re-claiming their sexuality from a typical patriarchal society and encouraging females to enjoy sex again, without any shame. More Pussy Power to it, I say.

4 thoughts on “WE’VE GOT TO STOP CALLING EACH OTHER SLUTS AND WHORES. Or do we?”