The phrase “trolling” is one in which we’ve all become accustomed to since the rise of the 14th district we so lovingly call social media. It’s meaning has seasoned like the funk off some old cheese, tangled in a web of twitter spats and matured through countless blockings on Instagram. It is described by both Wikipedia and the Urban dictionary as an act which see’s people (dickheads) start quarrels and cause upset on the internet by posting “inflammatory and digressive, extraneous or off-topic messages” with the intent to start an argument and provoke a totes-emosh response. Or in simple terms, it’s people being dickheads. But what about when people aren’t saying mean stuff to start arguments or provoke a response? What about when people are just saying mean stuff to well, be mean?

A couple of weeks back I wrote a piece on here about my Life as a Glamour model and accepting your career is over at 25. I dived into the deepest pits of my stomach and laid myself bare for the World- or to the thousand odd people who read this blog- to see. And come thru‘ Miss Worldwide because this led to me being contacted by a Welsh online News site who wanted to run a feature on me about my blog post and what I was up to now. Never one to seize an opportunity to talk about myself (jks my friends, I’m trying to re-brand myself here, a girl needs press) I was more than happy to oblige. Fast-forward to last week and a reporter and photographer showed up on my door. We chatted away casually whilst I overshared my life and once again laid myself bare for the World- or some of Wales – to see. I spoke openly about being a young woman struggling to find my way in life; I delved into being a proud feminist and how we should encourage women to do what they like with their bodies and I boldly discussed how upsetting online abuse and judgement from strangers can be. In fact,the exact words I poured over in the video coverage were:

“The worst bit (about my career), is you do get, you know, a lot of people judging you which people will say well you kind of expect it but it’s one of them things that when people are commenting on you as a person when they’re just strangers, it’s hard to kind of just, ignore it and you kind of take it to heart”

My feelings sprawled across this article as if I were opening up to my closest friends and I eagerly awaited my story to be shared as to find comfort in the hope that I am not the only one out there trying to find my way. But as the post went live this “worst bit” in which I had shared my fears and tried so often to ignore came flooding back in written form. 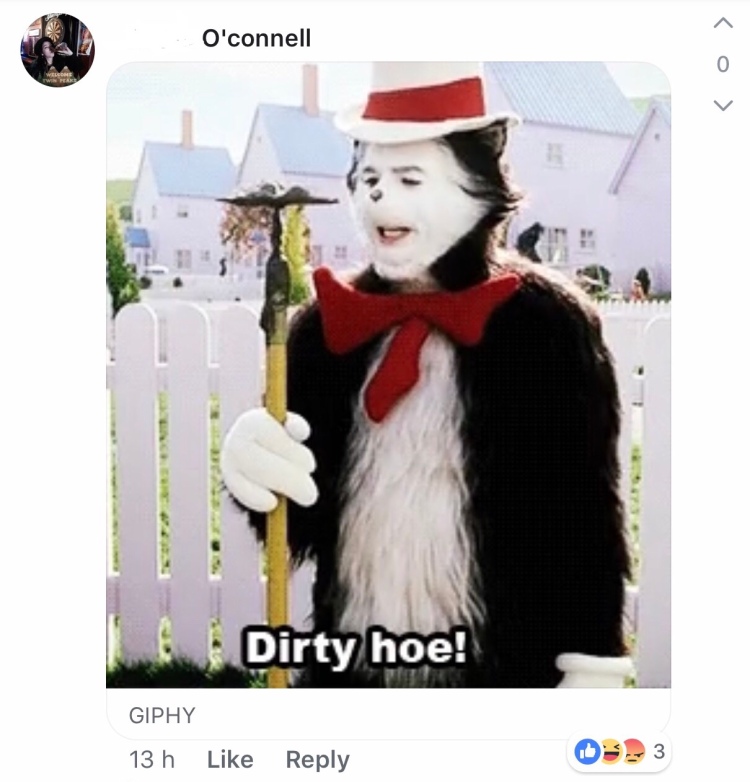 Shared online without a care in the World was judgement after judgement, comment after comment of unnecessary opinions and hurtful words. I don’t believe you should “expect” people to say mean shit to you online just because your in the public eye of some sort. The job role doesn’t come listed with a mandatory kick in the teeth for every three positive comments you might get. I am not superhuman, and as I told you time and time again in the article in which you’re barrage stemmed from, this hurts. Now, I don’t live in la-la land. Everyone has an opinion and everyone passes judgement. I get that. But what I don’t get is how having an opinion in your mind or bitching amongst your friends (we all do it, again I am not superhuman) has transformed to beholding a sense of entitlement that you can share this opinion so fucking openly online, direct with the one you’re bitching about, with apparently no conscience. Did your mum never teach you that if you haven’t got anything nice to say, then don’t say it at all? Or at least have the decency to say it behind my back? The internet has created a safe space for bullies to share their inner saboteur to the World with no consequence or compassion. If people said this kind of stuff to your face in a public place they would be called out and vilified for being a crappy person. But because these comments are made online you’re expected to take them as part and parcel of the job, or of life for that matter. It’s all part of the game. But neeeeewsflash, playing with somebodies emotions is not a game that entices most humans with a moral compass.

After having an online presence for 6+years, being on the receiving end of mean comments is nothing new to me. Whenever I discuss trolling with people, friends, journalists; I laugh it off and take it on the chin. Everyone tells me I deal with it so well. But the reality is that I don’t have much choice. If I didn’t, I’d be a shell of a person. Being judged and having your flaws pointed out to you by other women whilst the World rides the wave of Girl Power and Self-Love is a beautiful blanket of bitter-sweetness. Comments from men about my looks can relatively be tossed aside with the excuse that they’re just being jerks because they can’t get in your pants, or because they just fucking hate women 🙃. But the remarks from other females seem to cut deeper within, carving out the memories I’ve pushed to the back of my brain of girls in school scrawling my name alongside the word slut on the bathroom walls. These fellow women are all facing similar battles in life as me and yet take the time out of their day to stamp out these words on their keyboards with no other possible outcome than to make me feel shit, or to what, make them feel….better?

“They’re just jealous” is a saying in which many have tried to comfort me with over the years. But I don’t believe this is ever really the case. I have scoured the internet for some “professional” explanation of trolling, some sort of psychological justification in which to prove their actions anchor from deep within. But I can’t really seem to find any. Joe Boyd, a writer for Huffington Post describes it as a “virtual road-rage“. You feel safe to say whatever you want within the comfort of the four doors which armour you, but would you really go that extra-step of getting out of the car and saying something to them in person? Some of the other reasons he gave where that it is comforting, it is free entertainment, it is power, it is boredom, and ultimately- it is natural. For unfortunately, some people just can’t help themselves from being dicks.

A few weeks ago as I was trying to relax in the the bath with a glass of red and £4.95 Lush Bath Bomb (I had planned this bath for days honey) I was interrupted by my phone and the sweet sound of a notification. I opened up my emails and was confronted by the comment above staring back at me. As I sat there alone in my flat, I honed in on this attack of my body, my personality, my feelings that I had so honestly shared with the World. I read them over and over again until, I just cried. These words had invaded my personal space and I had no option but to engage with them. I tried to salvage what was left of my relaxing bath plan- thanks a fucking lot those bath bombs aren’t cheap- and attempted to pull myself together, sending the email to my junk mail and disapproving the comment on WordPress. But as I settled back in with a much needed sip (gulp) of merlot, my phone pinged again with another infringement on my inbox and those words greeted me once more as the poster so desperately attempted to make his feelings known. This time I sent the comment straight to the trash, only for my phone to be infiltrated once more, forty-five minutes later with a third attempt at leaving the same comment about my (once) very fat tits. But now I just laughed. Your life seems great, hun. Best of luck.

All it takes is a simple scroll. A scroll in which would preserve your dignity and keep my emotions intact. But so many people choose not to scroll. Why? The internet has become a thief of reality for those who are lost and those who are lonely. Their boredom lines their hateful words which acts as a coat of arms to their inner collaborator of unhappiness. They spout about freedom of speech as if these three words give them a get-out-of-jail-free card for having the human right to comment on how your weight loss has made your tits saggy. Well guess what Karen* (insert standard ‘Can I see the manager’ name to fill this role) the Freedom of speech isn’t there so you can spend your lunch break spouting shit online to make people feel bad. I don’t know what else I can add, but it really isn’t rocket science folks. Mean comments hurt people’s feelings and there is a human being behind your screen who will carry those comments with them a lot longer than the thirty-seconds it took you to write it.

I’m going to leave you with this inspiring comment which unfortunately *cough* was not made about me but one of my friends, because trolling does not discriminate, we are all fair game to these people. I’m all of a sudden peckish for some pudding, you in?

11 thoughts on ““Not another mean comment”: What makes you press send?”